Jumpbox or Bastionhost are thing of the past. The new way of giving controlled access in GCP is via IAP

Problem:  Exposing a secure server to the internet increases attacks by hackers.

Solution : Add one more server known as a Bastion Host or Jump Servers in front of the secure server.

SSH is a network protocol that gives us the ability to access a computer over an unsecured network in a secure way. In addition to this, SSH provides strong password and public key authentication, along with encrypted data for communication between two computers that may be connecting over the internet or otherwise.
SSH typically runs on port 22.

If you have seen any movie on hacking and the guy types away on a black screen with the green font - you guessed it! they are using SSH or at least pretending to ;-)

Now that we understand the SSH and the concept of tunneling. Let's look at IAP (Identity Aware Proxy), it uses TCP forwarding to connect to servers on GCP which don't have public-facing IP addresses. Let's look at the diagram below to visualize the architecture.

IAP acts as a middle man, which will validate a user's access levels and credentials before letting them into the server via SSH. This added layer of security removes the need to host and manually manage a Bastion host or jump box. The "gcloud cli" tool will manage the keys required for private-public encryption in SSH.

How to setup IAP in GCP?

Step 1 - Ensure that your VM (Compute instance or equivalent) is running.

In your terminal or gcloud CLI run the following commands

This command will add role - iap.tunnelResourceAccessor to the user account in the project id

This command will add role - compute.instanceAdmin.v1 to the user account in the project id

This command will add role - iam.serviceAccountUser to the user account in the project id

Replace <your email id> & <project id> with your GCP email id
The above gcloud commands will bind the IAM policies which will allow the GCP account user to access SSH tunnel via IAP for the specified GCP project id.

Replace <my-private-vpc> with your vpc name
This command will add firewall permissions to allow port 22 (i.e. default SSH port) and the source IP range of GCP IAP tunnel service (the IP range is mentioned in the official documentation)

Voila! you have successfully SSH-ed into the server

In this post, we looked at the following topics -

In the next post, we will learn how to configure the Cloud NAT service to bring internet connectivity to our servers in the private network.

There is a lot of stuff that we couldn't cover in the scope of this article but feel free to go through the references given below. We hope you had fun reading it as much as we had fun writing it!

public – 5 min read
Have you ever load tested your APIs on the cloud? In this post we explore how to load test and benchmark different RESTful framework's performance
Sep 26, 2021
Nikhil Akki

public – 5 min read
ko is a simple, fast container image builder for Go applications. It's ideal for use cases where your image contains a single Go application without any/many dependencies on the OS base image (e.g., no cgo, no OS package dependencies).
Sep 11, 2021
Vicky Narang 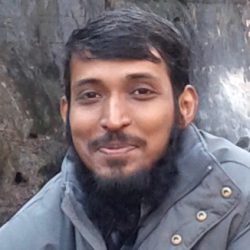 Table of Contents
Great! Next, complete checkout for full access to Go Chronicles.
Welcome back! You've successfully signed in.
You've successfully subscribed to Go Chronicles.
Success! Your account is fully activated, you now have access to all content.
Success! Your billing info has been updated.
Your billing was not updated.